The City of Cocoa has partnered with ArtBeatz Cocoa to educate residents on Lagoon Health with a storm drain community art project. 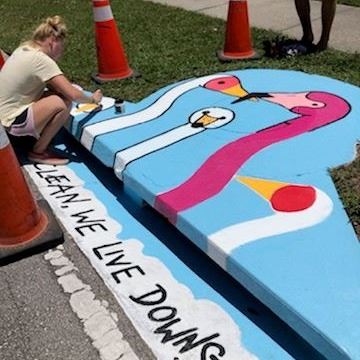 The City of Cocoa in conjunction with ArtBeatz Cocoa and Cocoa Main Street recently worked with various local artists to have artwork placed on 6 traffic signal boxes throughout the city.  This was a continuation of a project that saw about 13 boxes wrapped last year.


Locations and Artists for 6 new wraps: 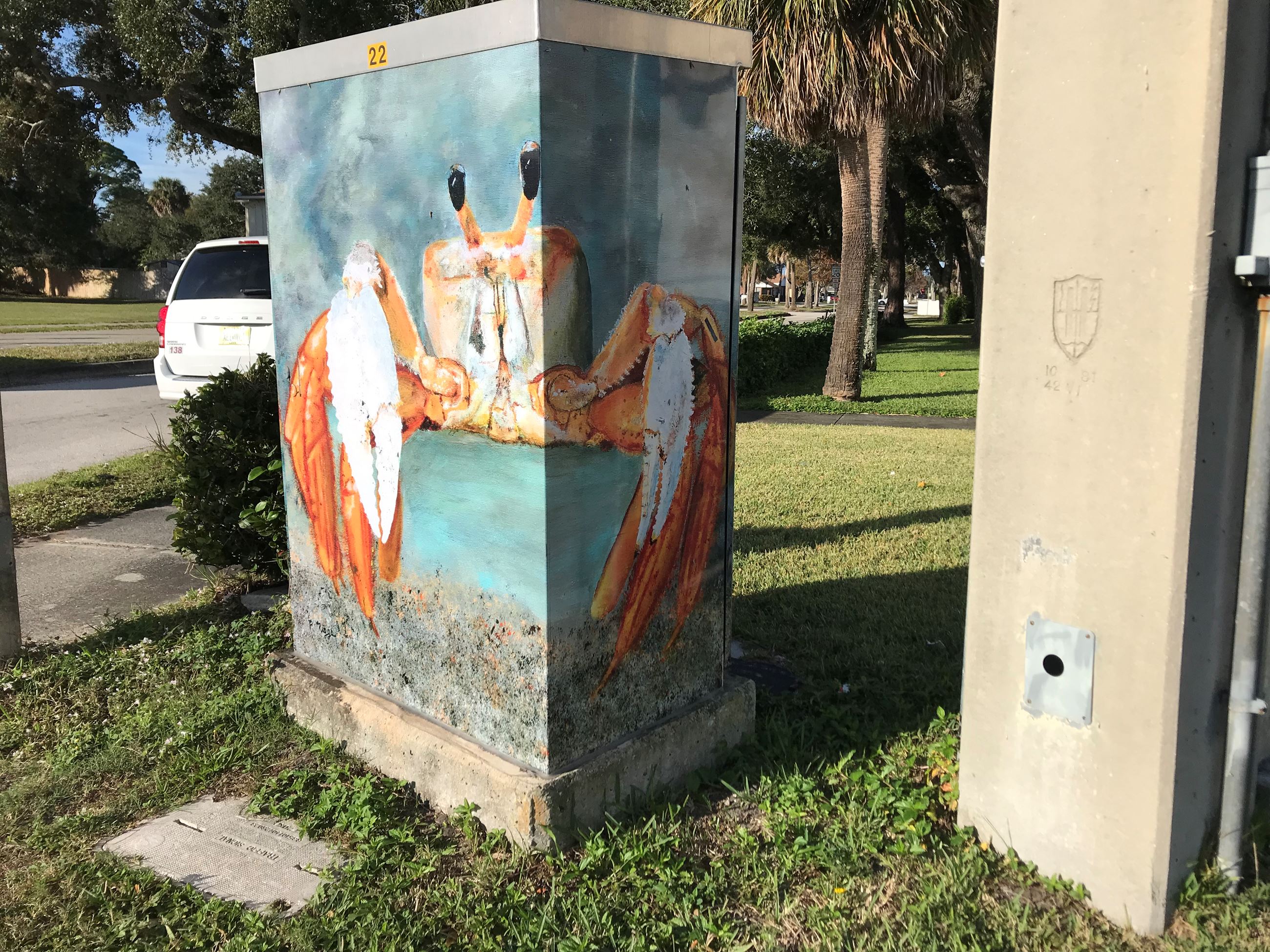 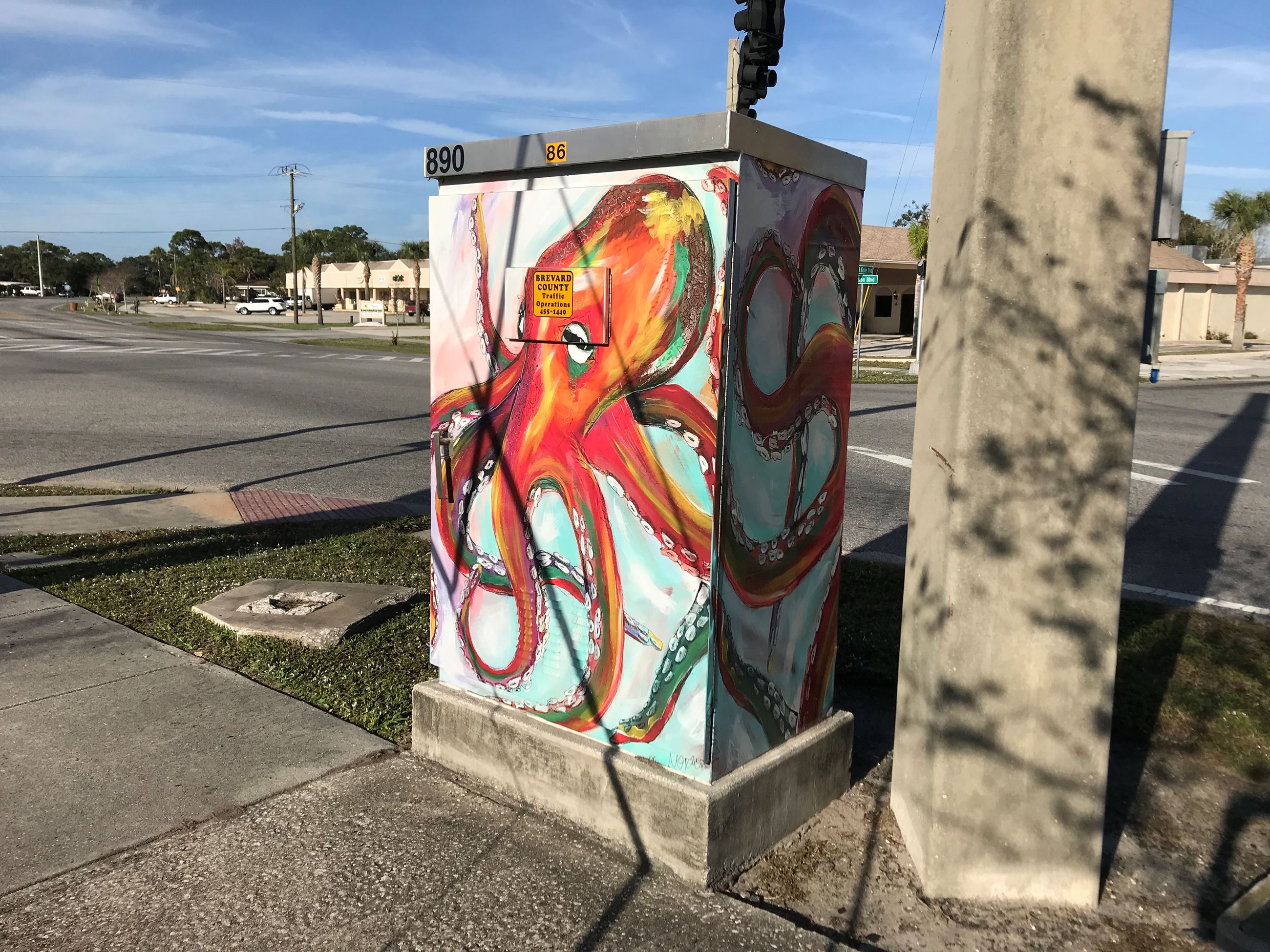 "Colors of the Sea" by Marion Speake 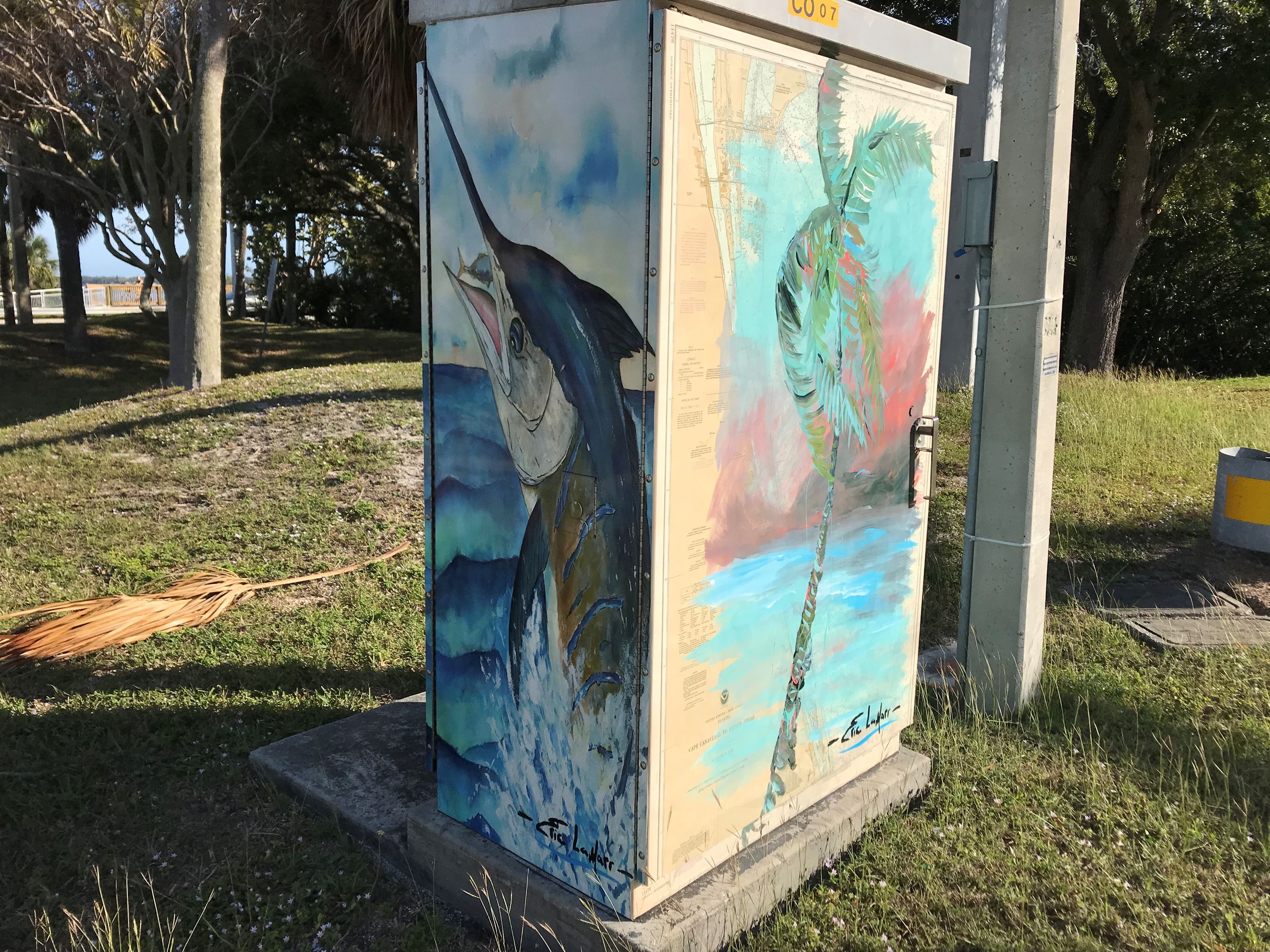 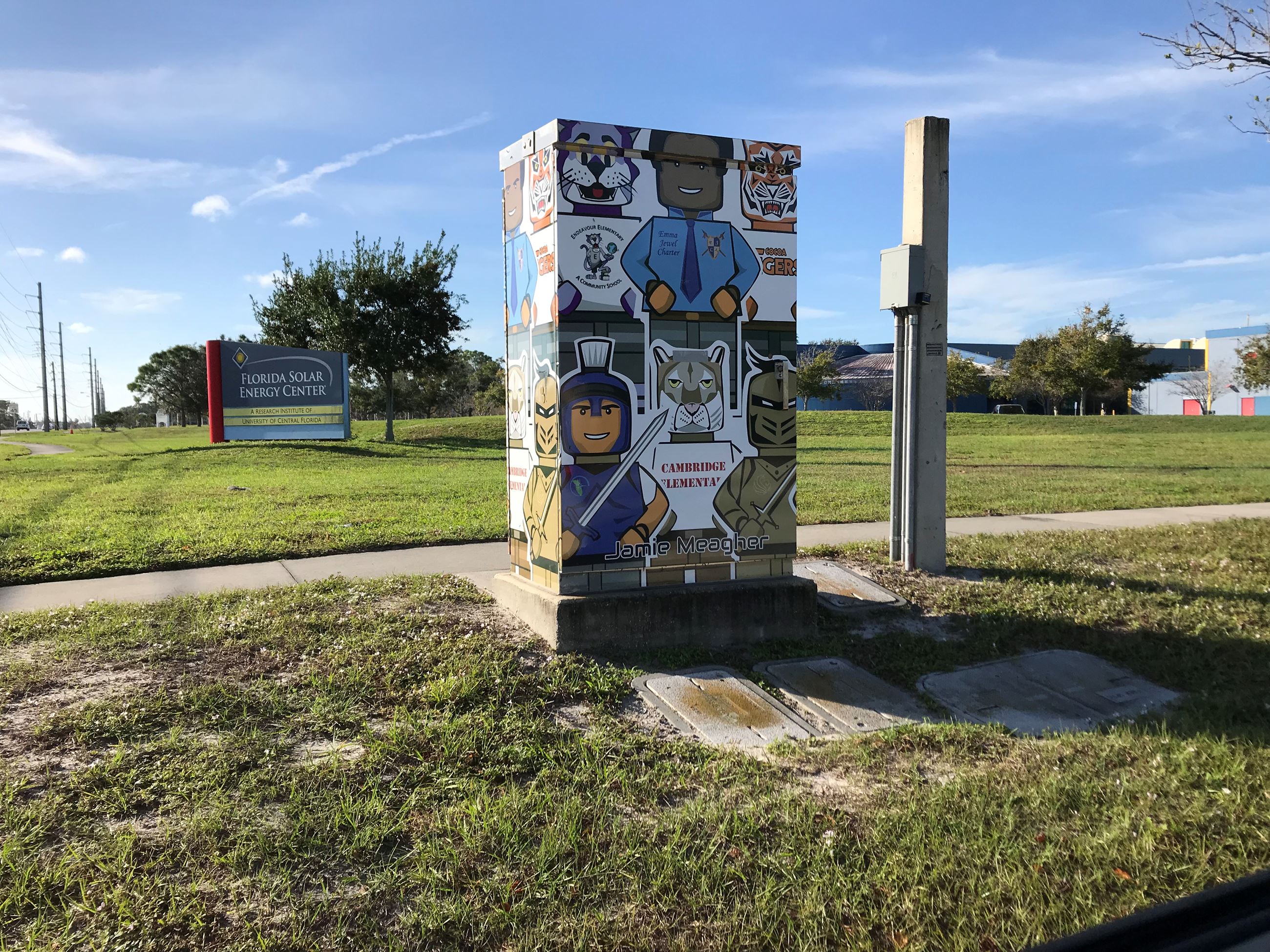 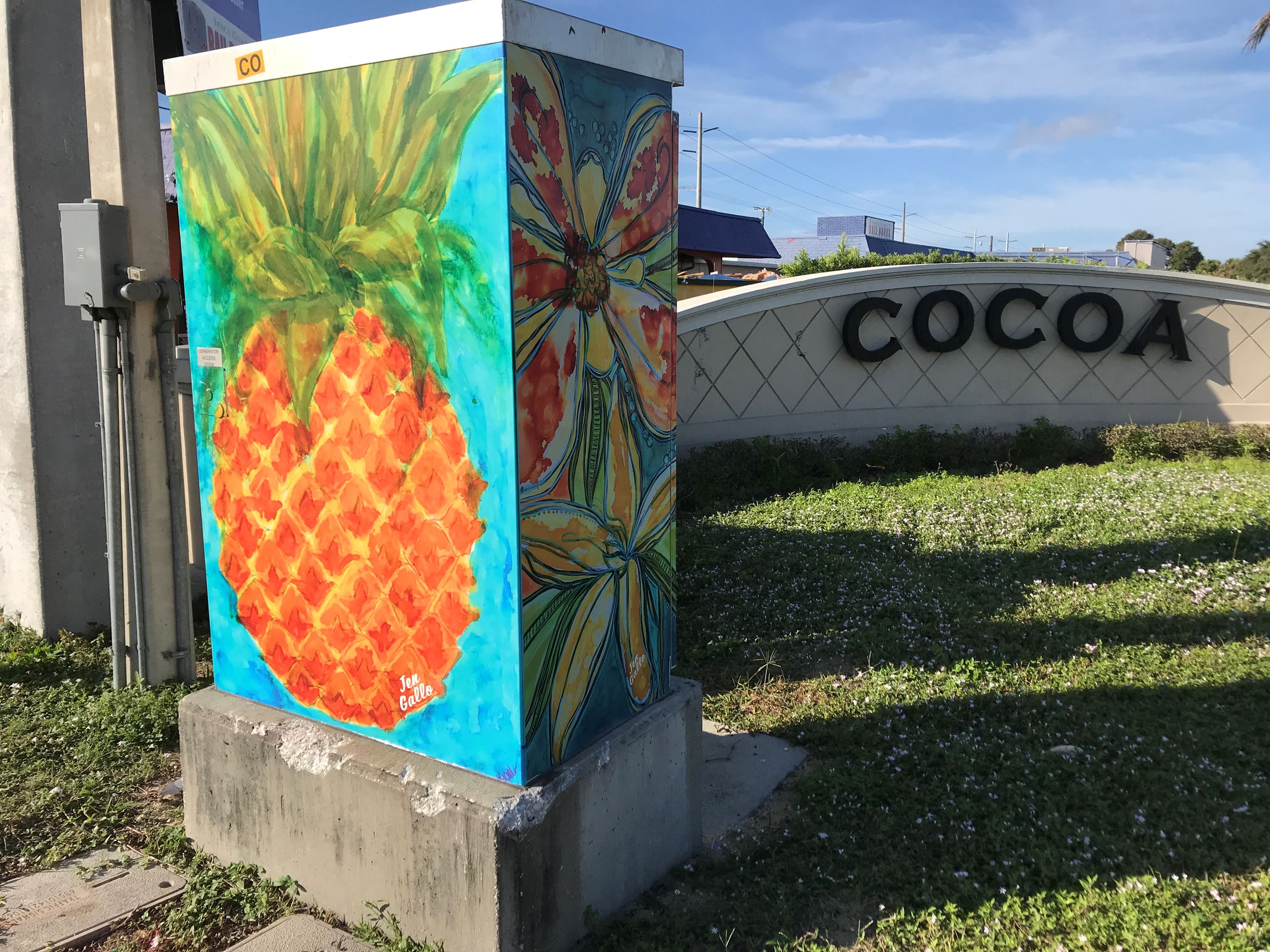 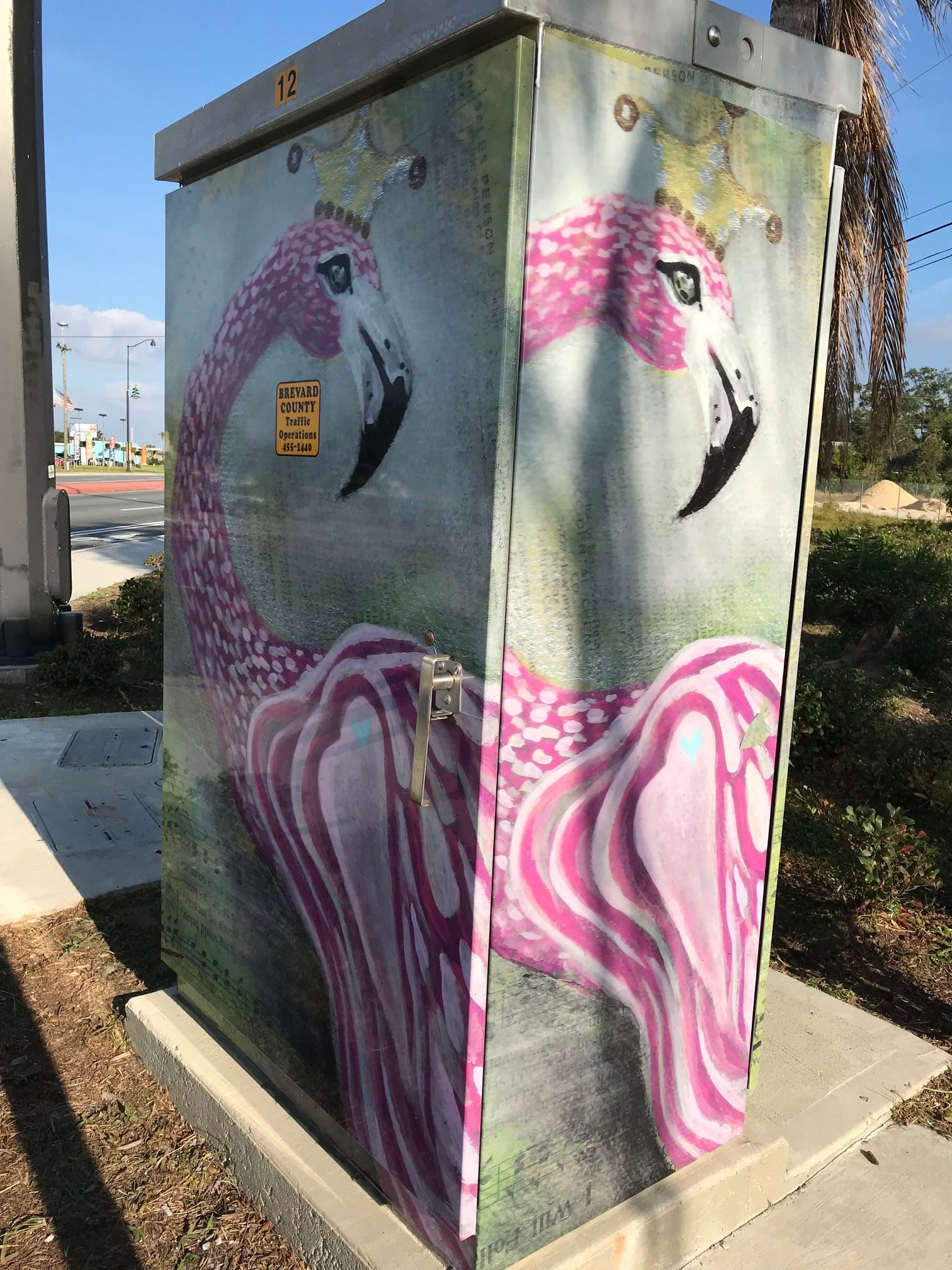 "Queen of the Tropics" by April Lipton

Forrest Ave. and US1 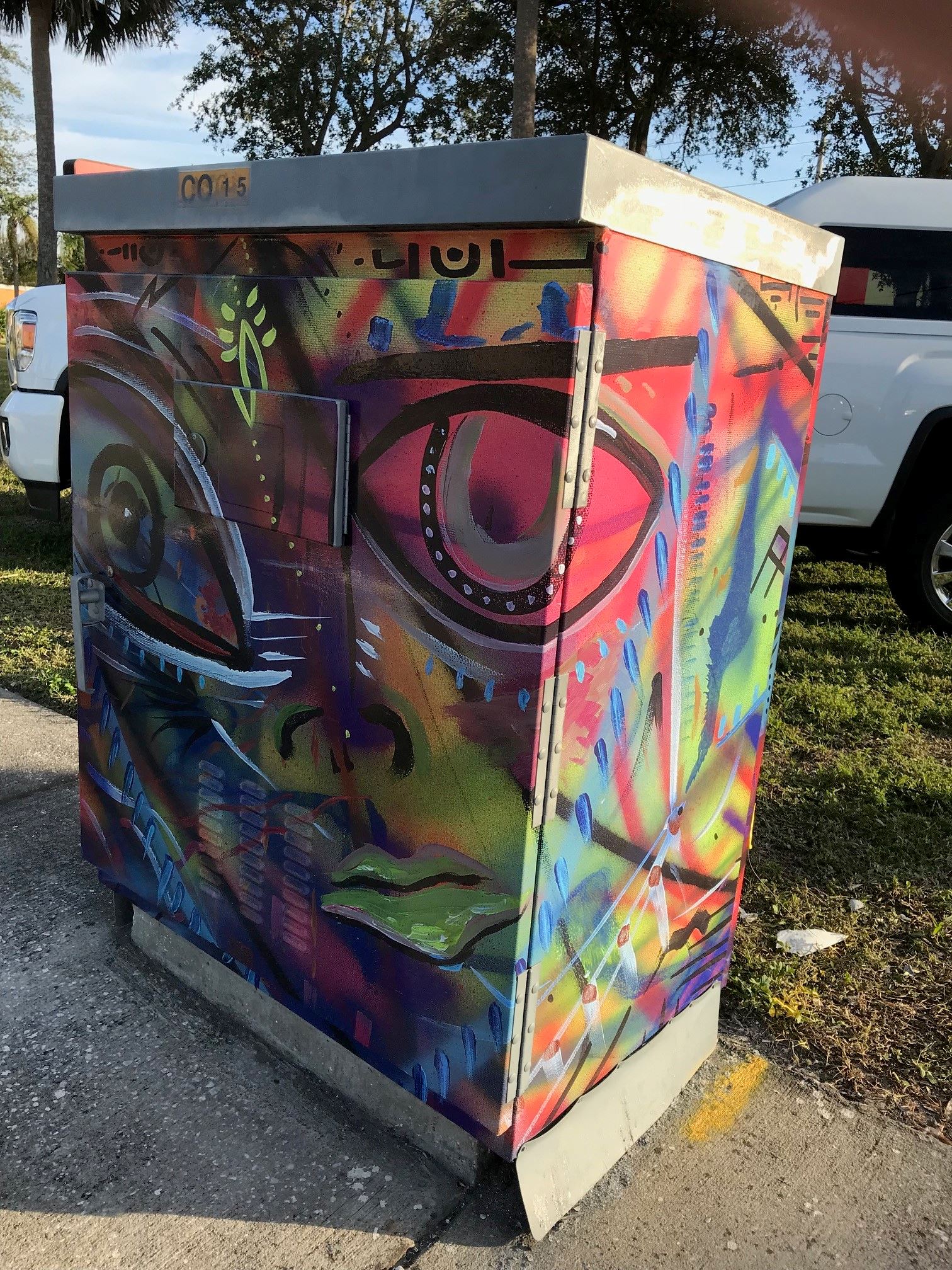 (Unfortunately this one was hit and has not been replaced as of yet.) 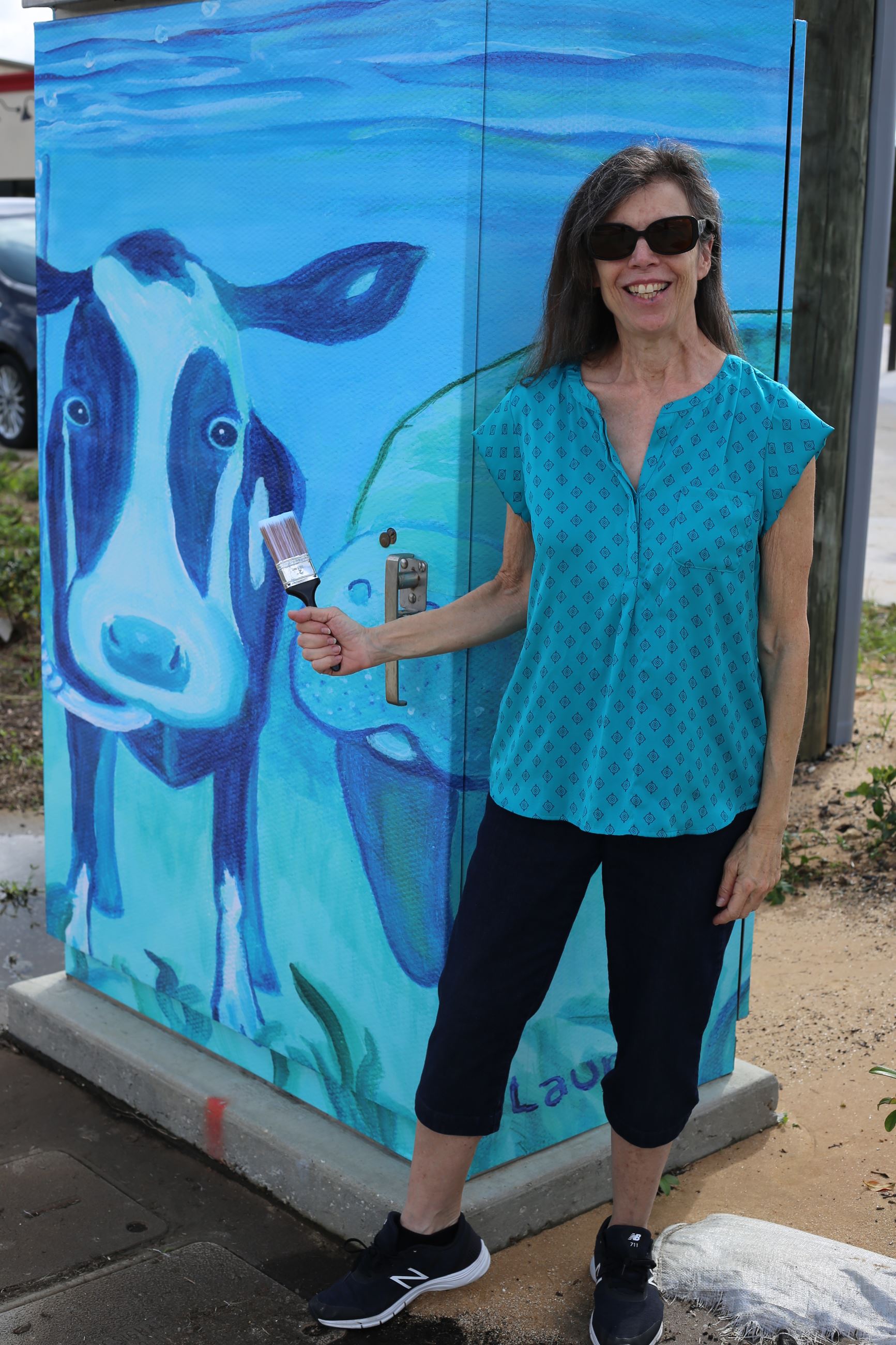 Michigan Ave. and US1 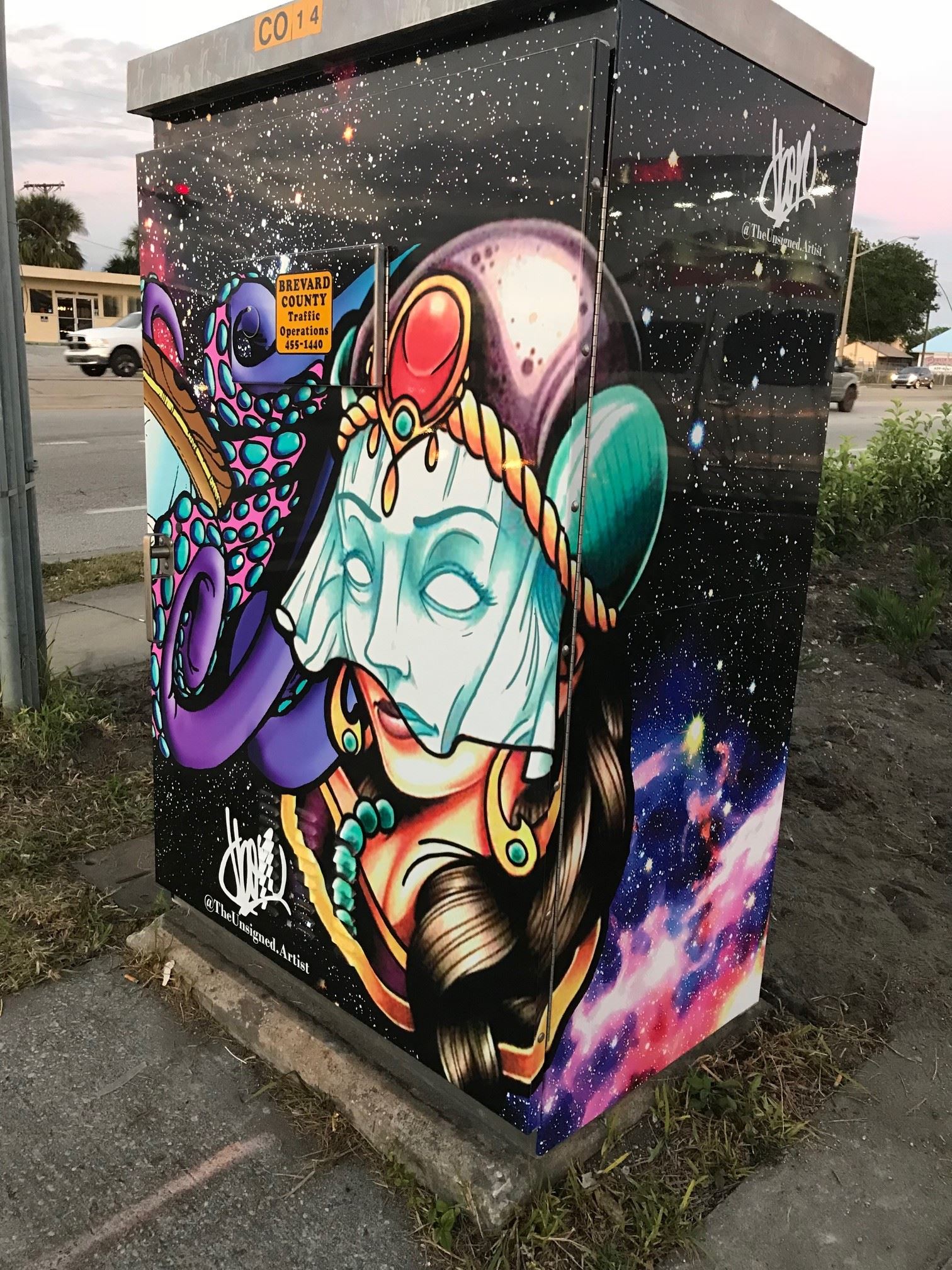 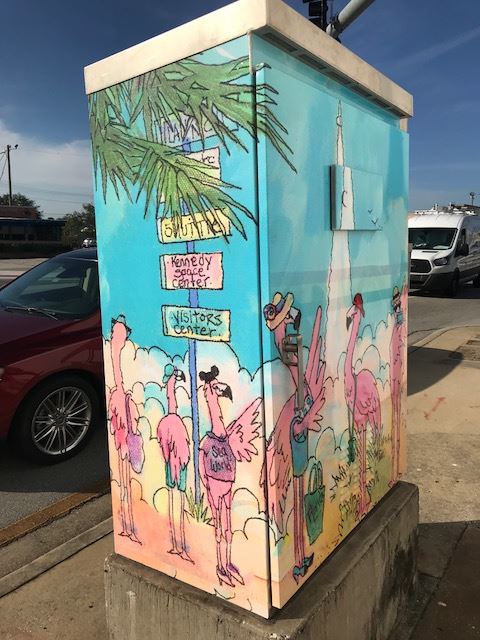 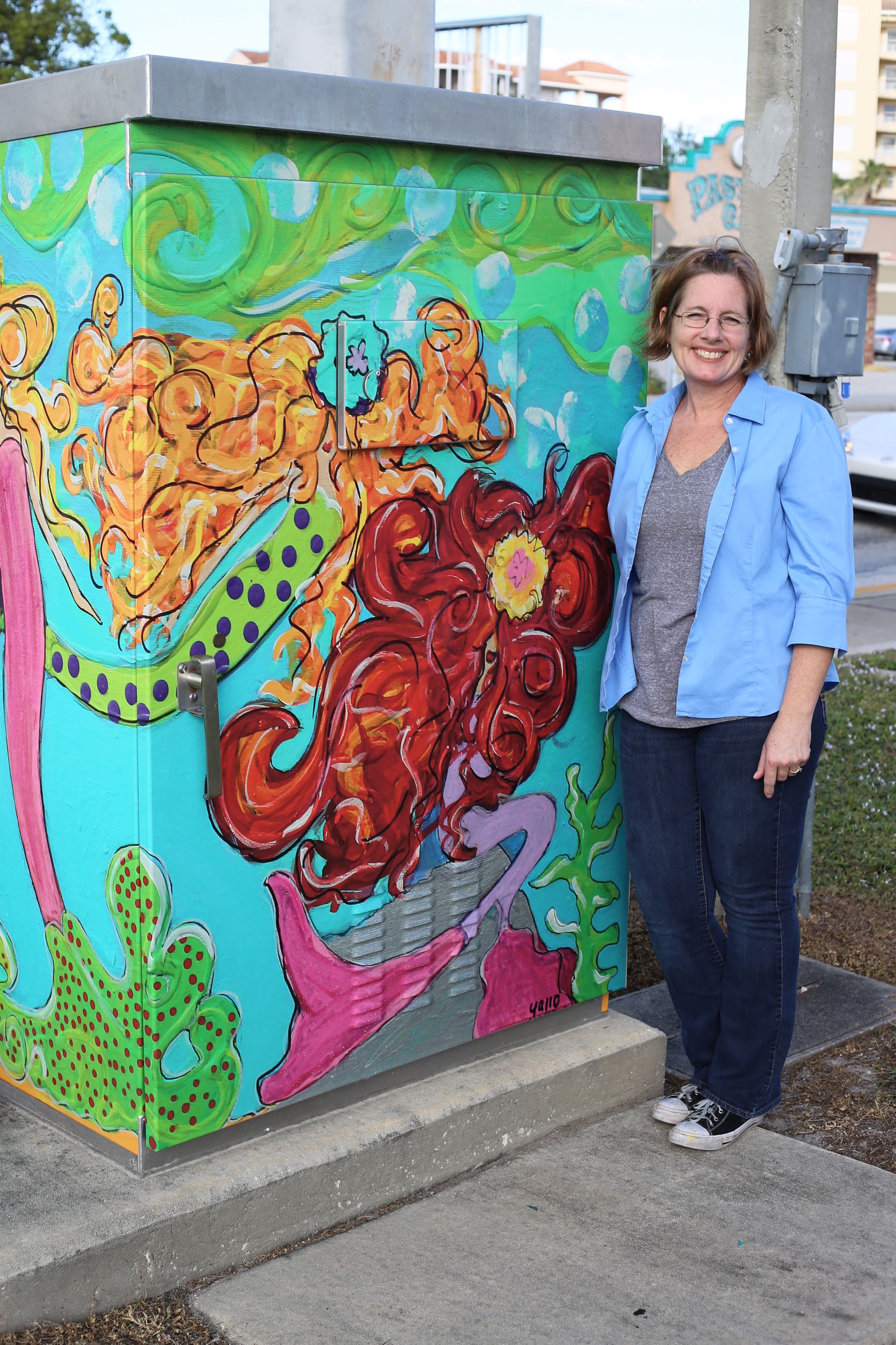 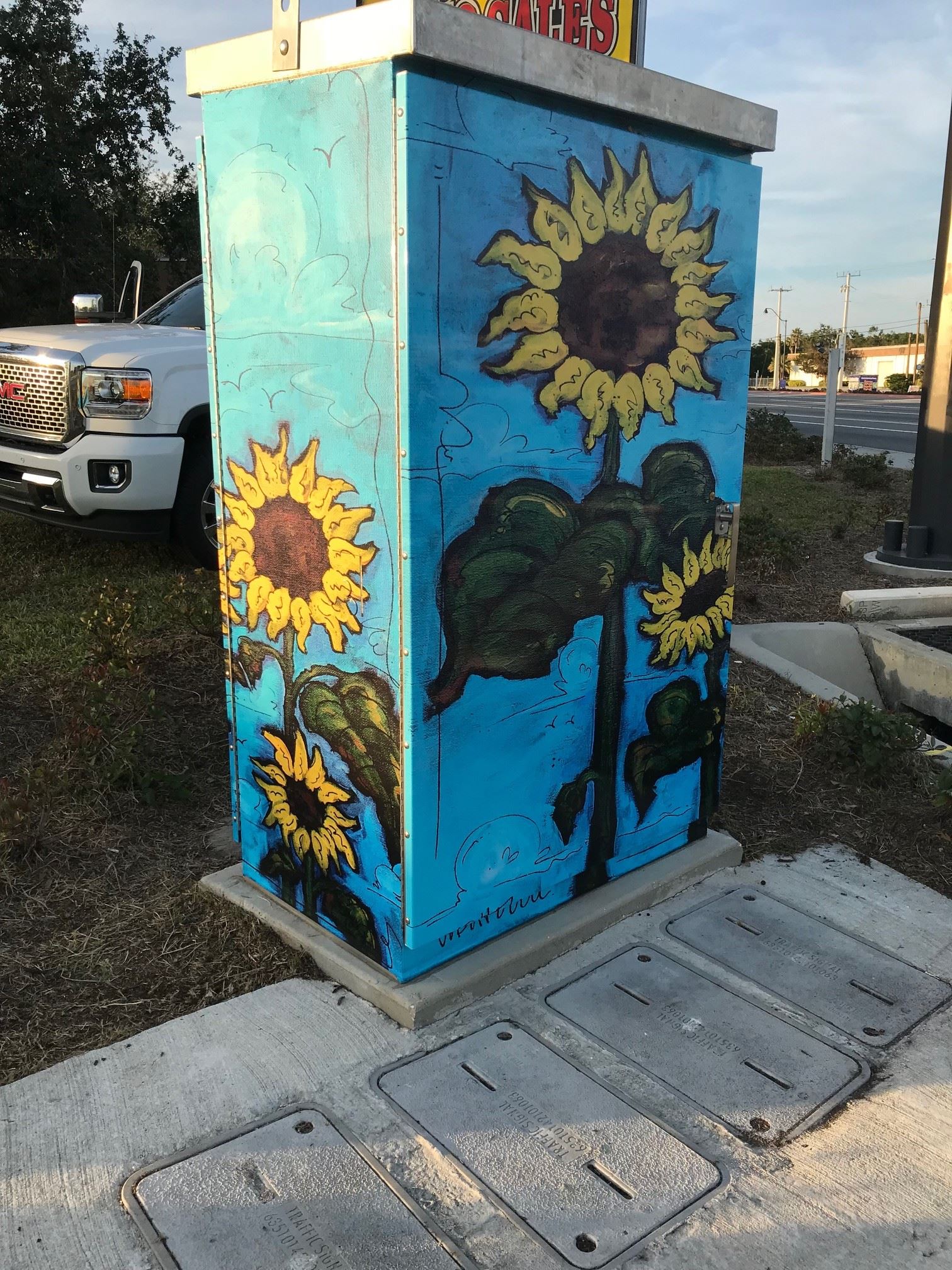 Dixon Blvd. and US1 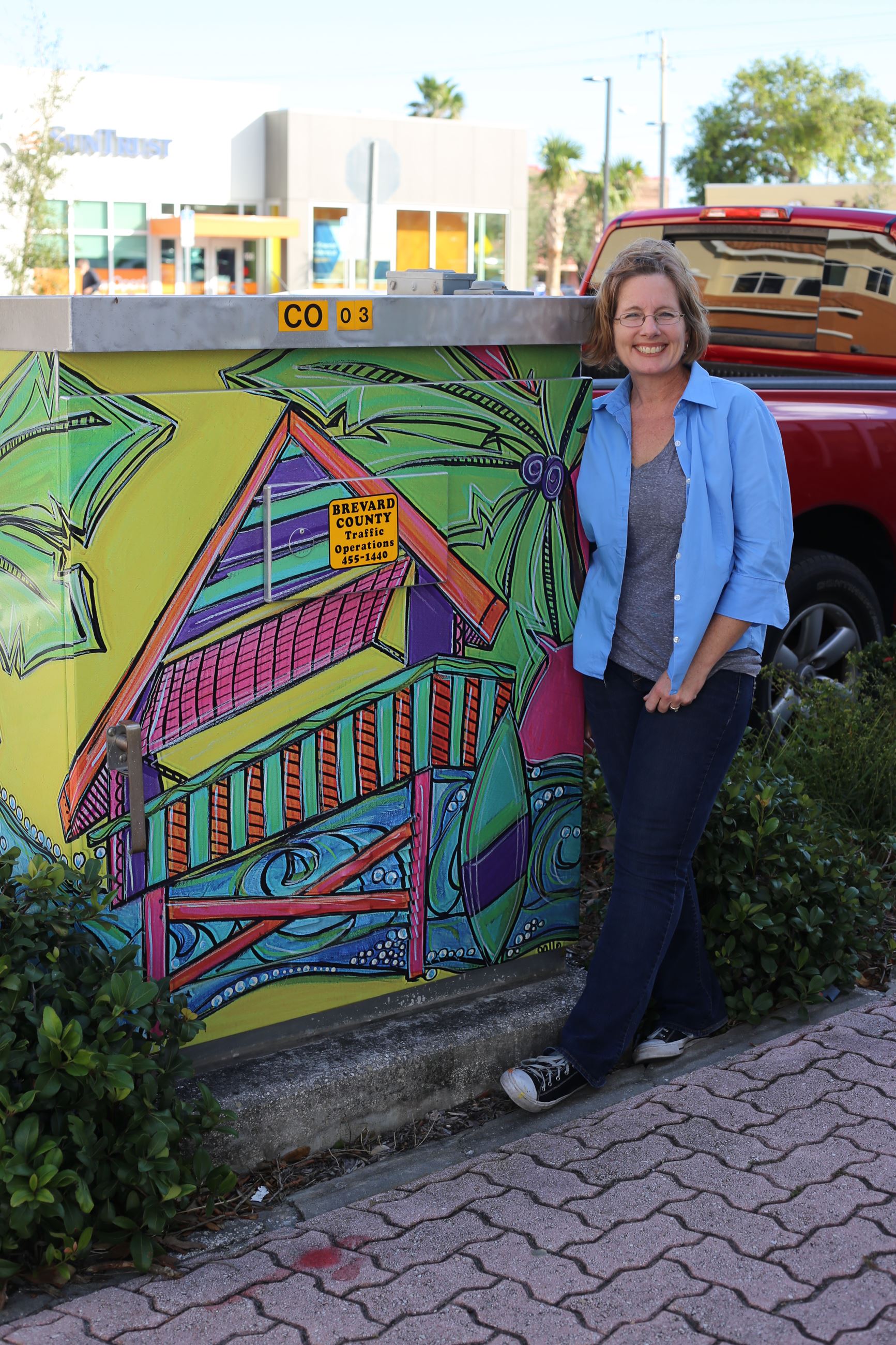 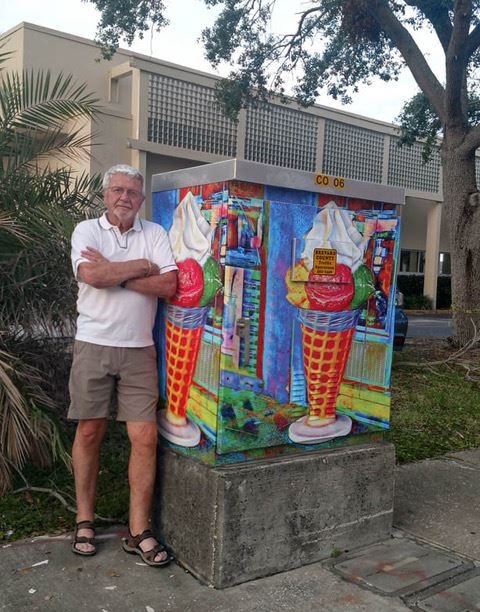 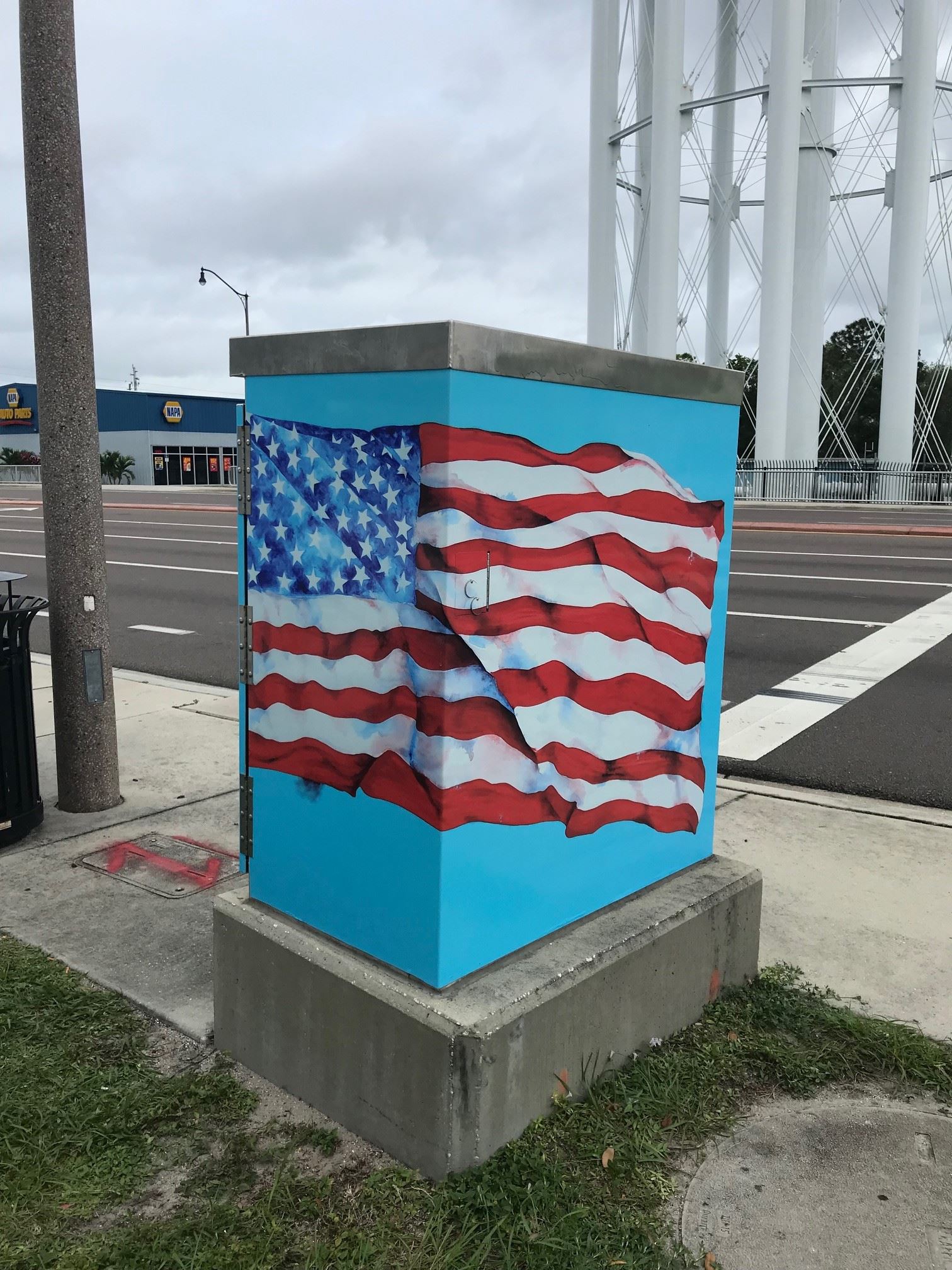 US1 and Peachtree St. 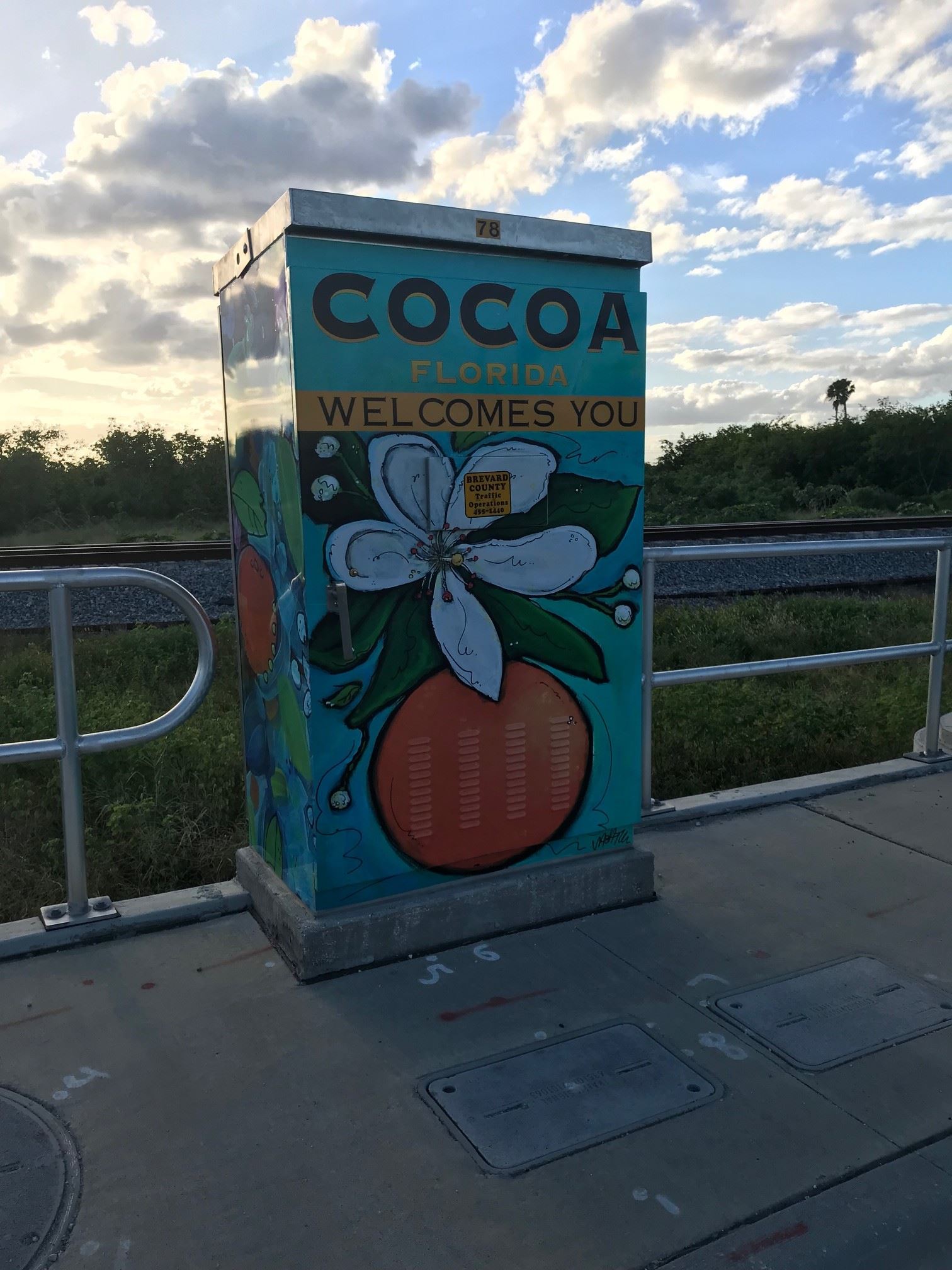 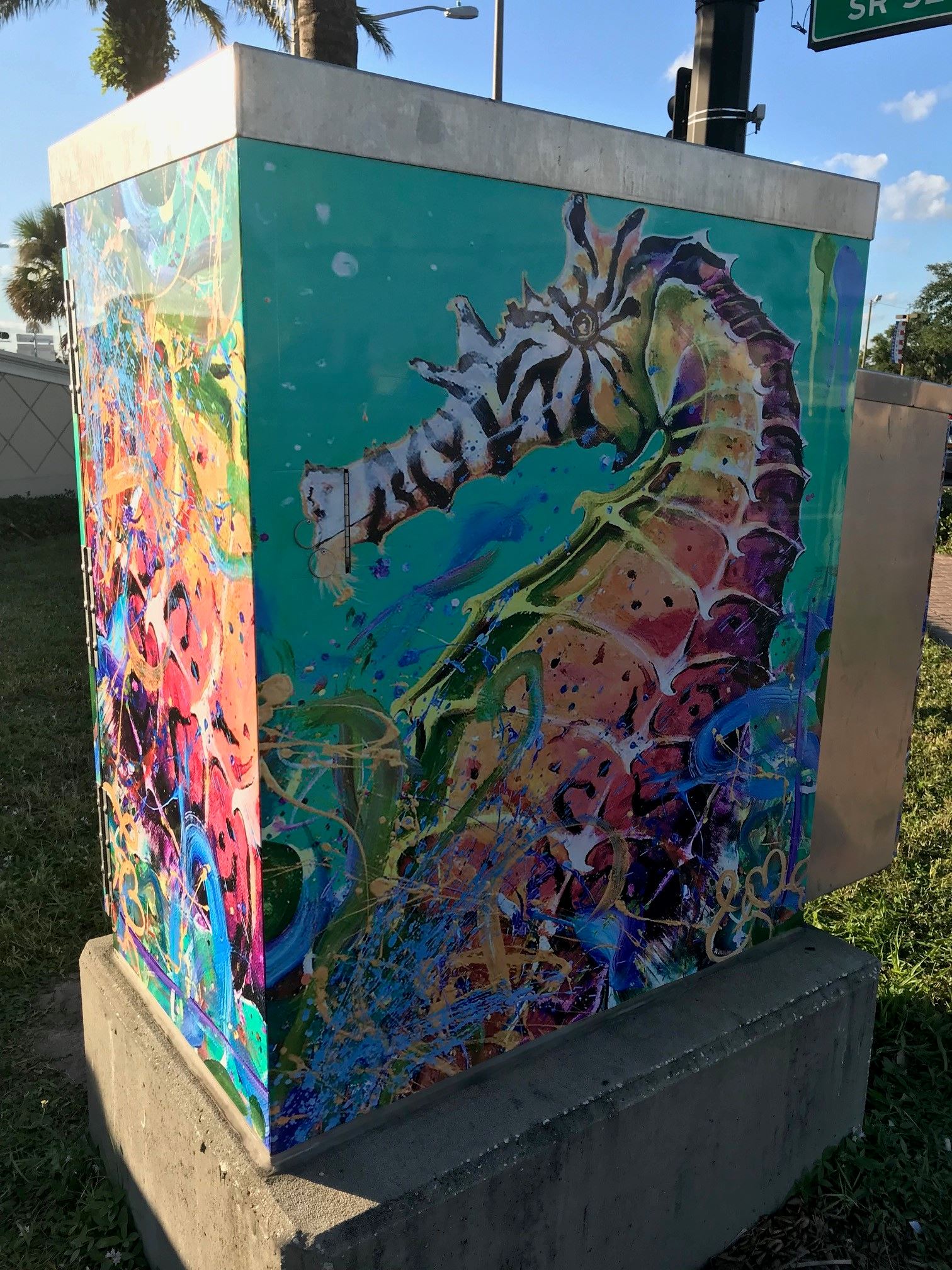 US1 and Rosa L. Jones Blvd. 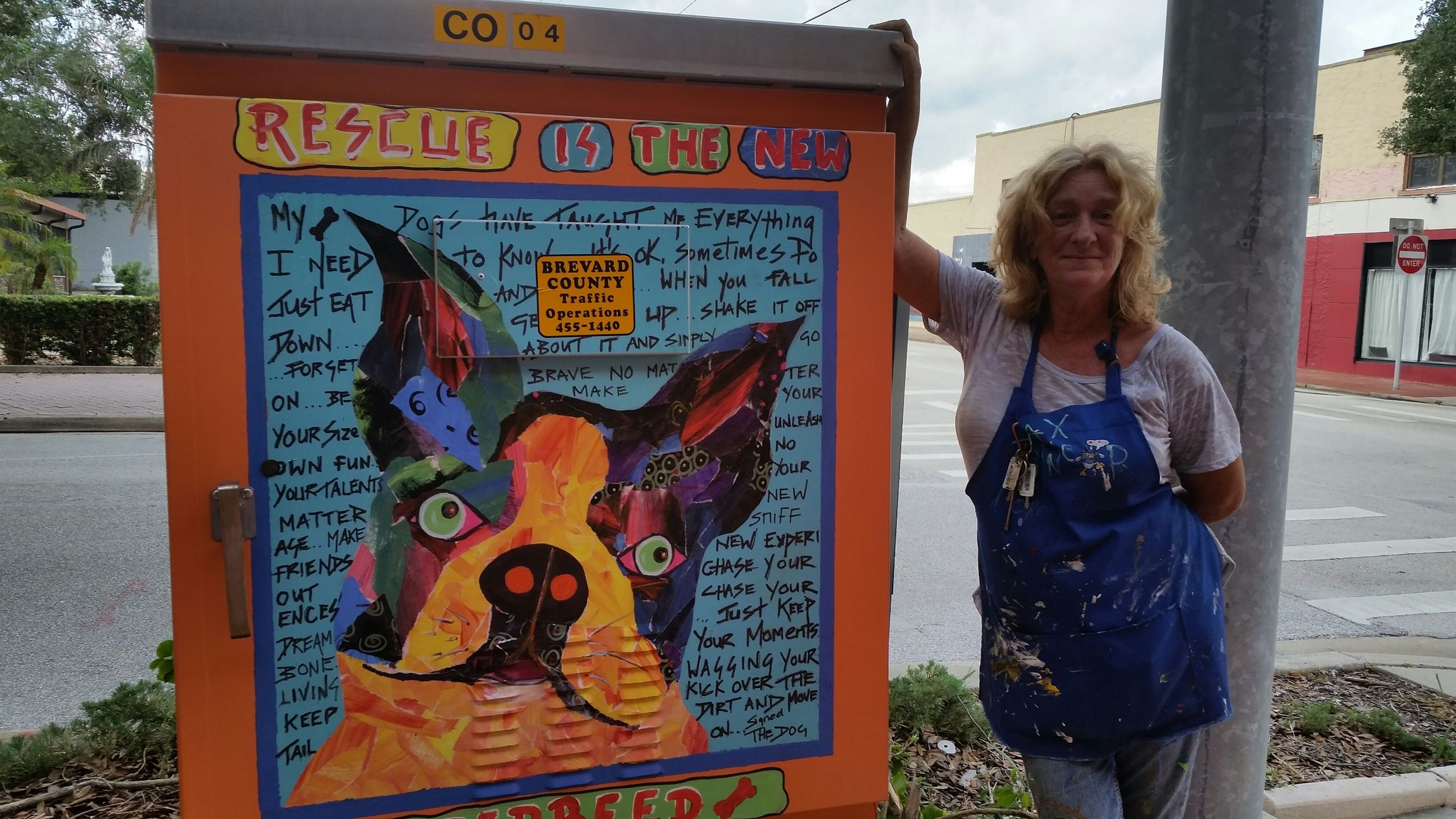 ArtBeatz Cocoa has collected applications from local artists to paint benches throughout Cocoa Village.  ArtBeatz is a group collaborative that was formed out of a community engagement workshop held by the City of Cocoa’s Office of Economic Development on January 8, 2016.  Renowned author, Peter Kageyama, who is best known for his books For the Love of Cities and Love Where You Live, was the guest speaker and workshop moderator.  He challenged the group of over forty local stakeholders to come up with a community project to be voted on by the group and which would receive a $500 grant to kick start the chosen project.  Project pitches included ideas such as a community cornhole tournament, Hometown Hero pole banners, more doggie stations in the village and more.  Two projects were chosen to receive the grant for a total of $500 each.

Once the bench art project idea was voted to receive the grant, a group of community stakeholders was formed to spearhead the project and ArtBeatz Cocoa was formed.  The group began meeting to form a framework for the project which then developed into an idea for a centralized “umbrella” of art installation in the Cocoa Village area.

A number of phased projects are planned for the ArtBeatz movement including more benches throughout the Village and other mural type art projects.  This bench project is the first phase in the Cocoa Village area.  Artists submitted applications and the committee chose artists for the project.
ArtBeatz Cocoa is always looking for sponsors for this community improvement project. 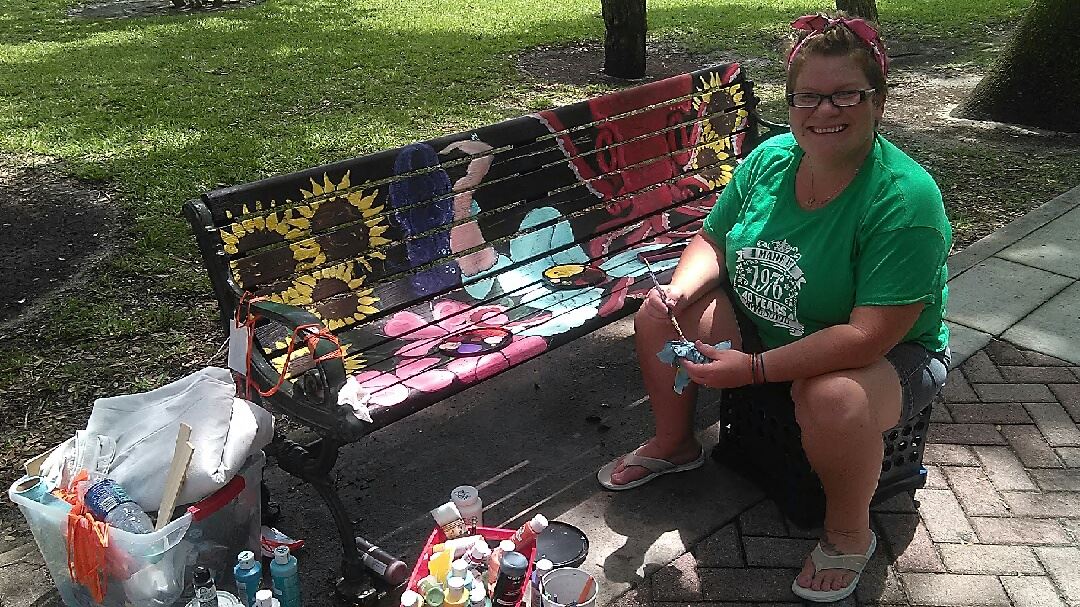 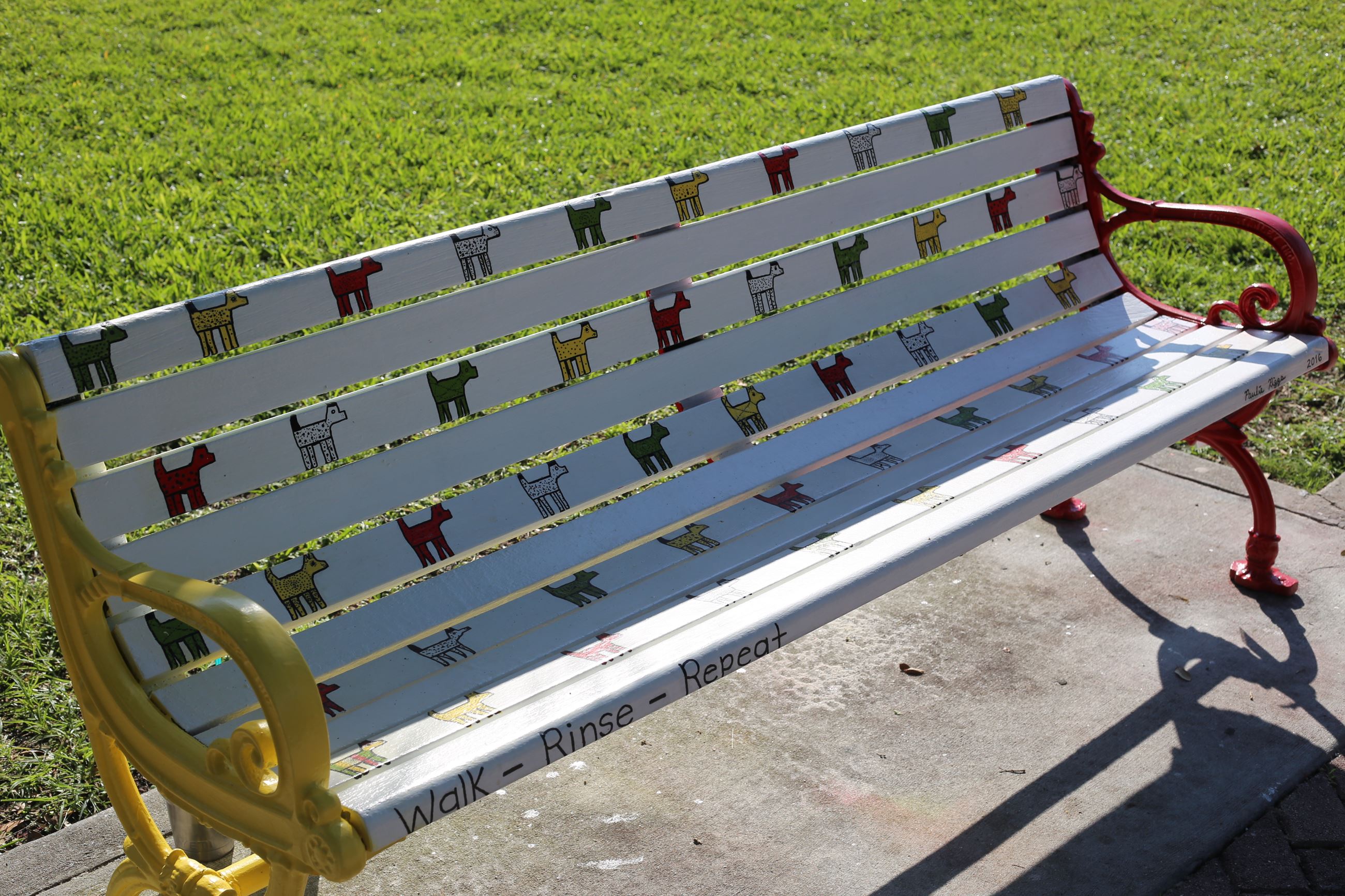 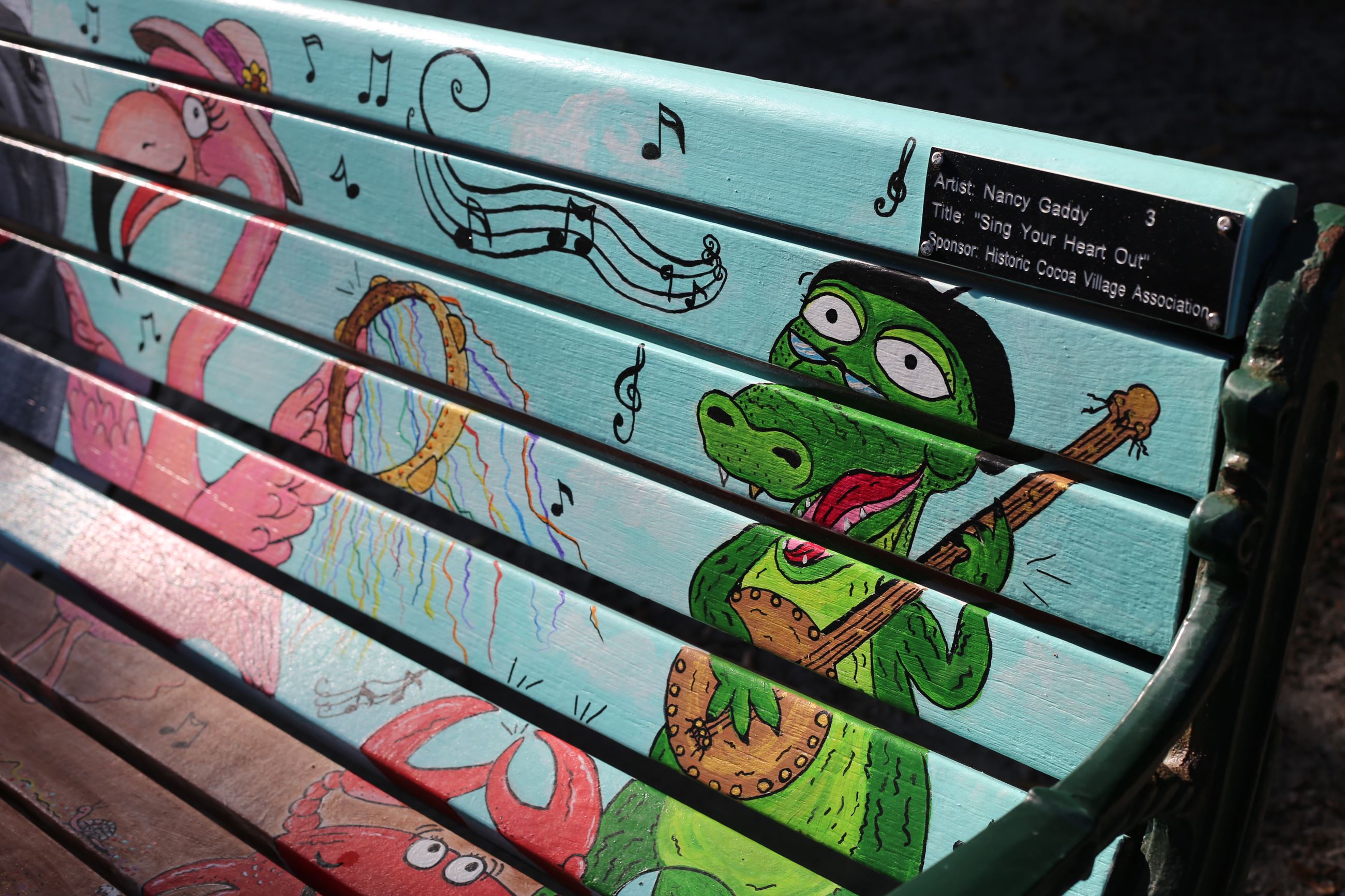 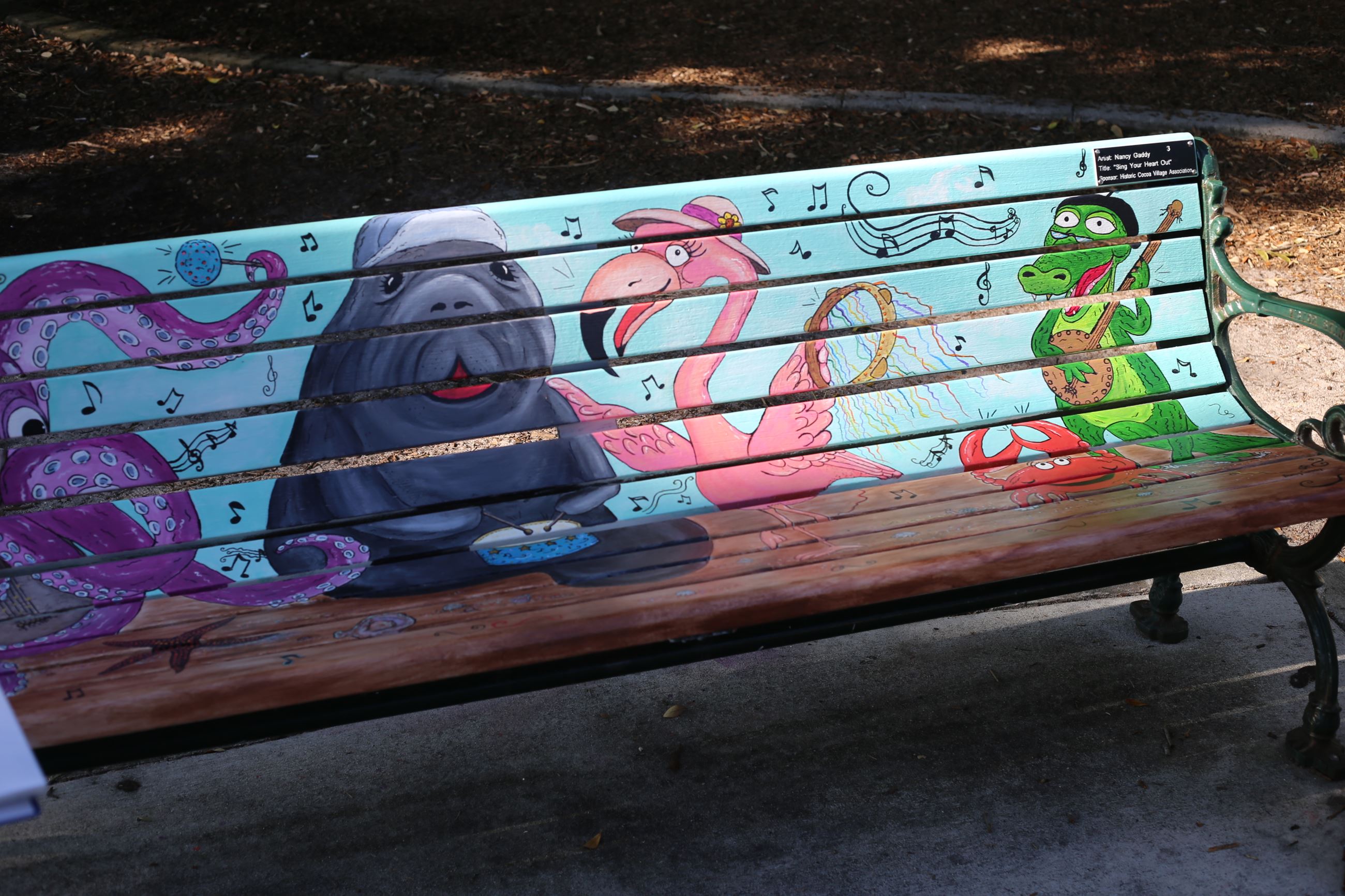 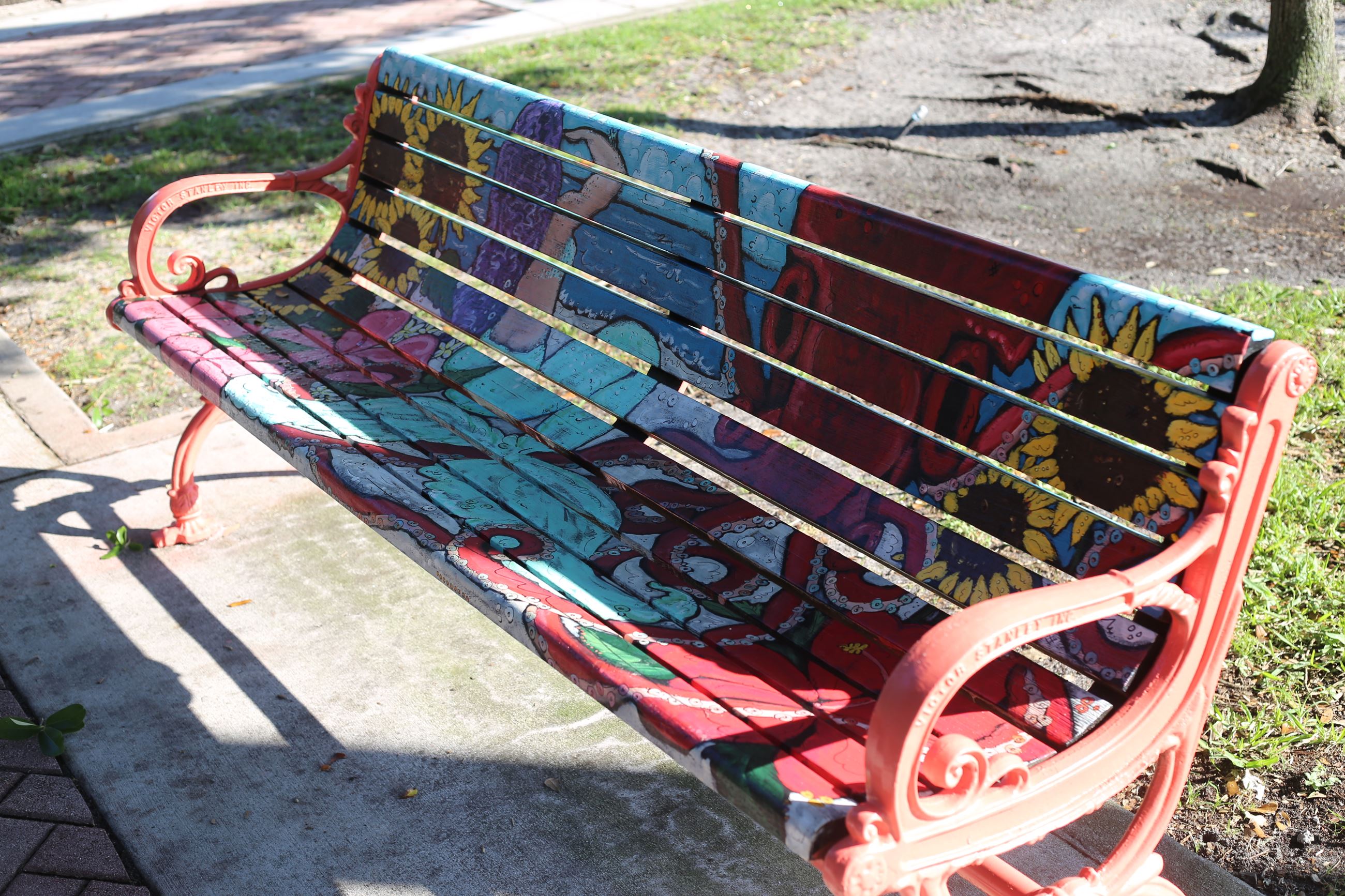 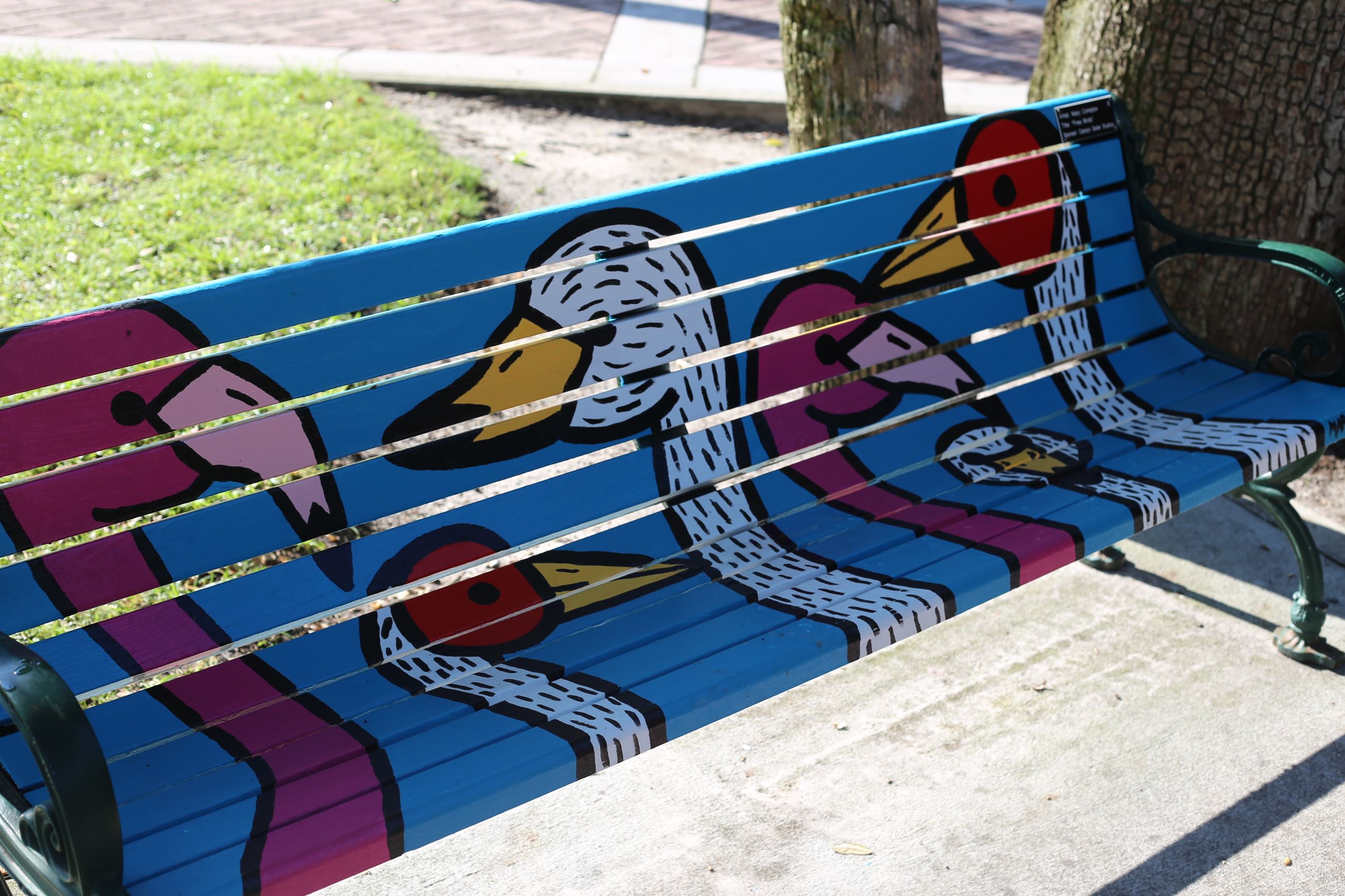 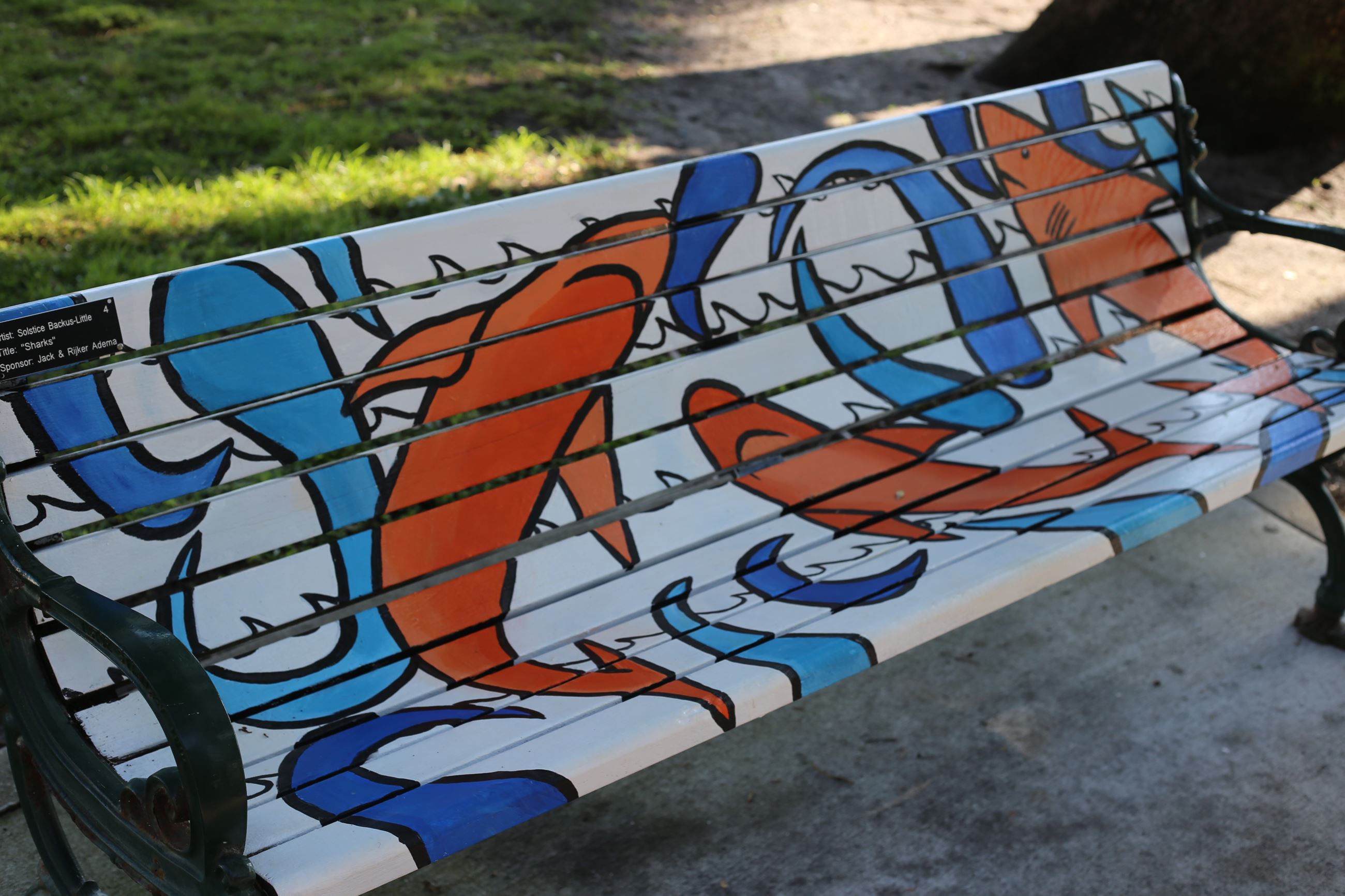 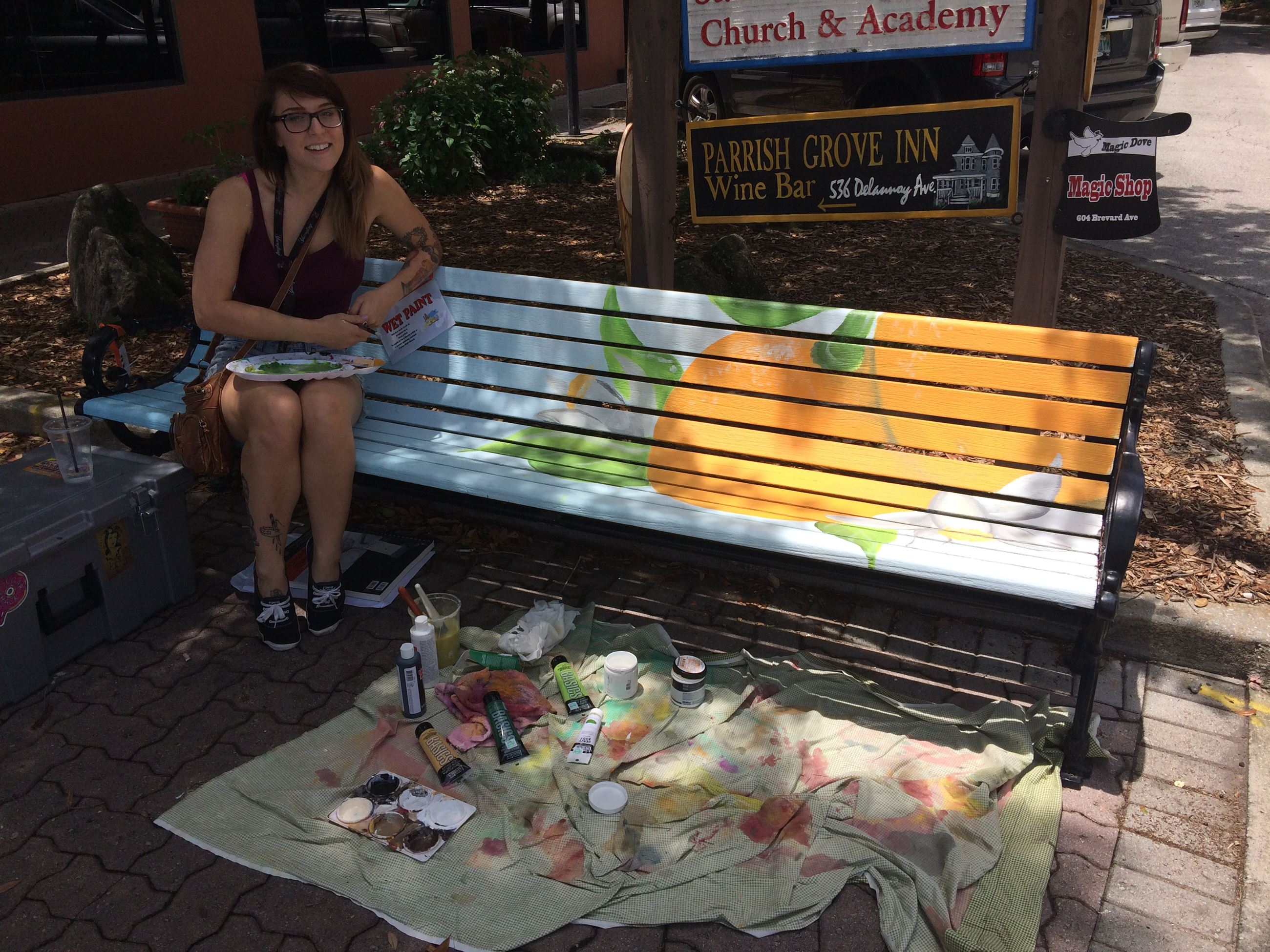 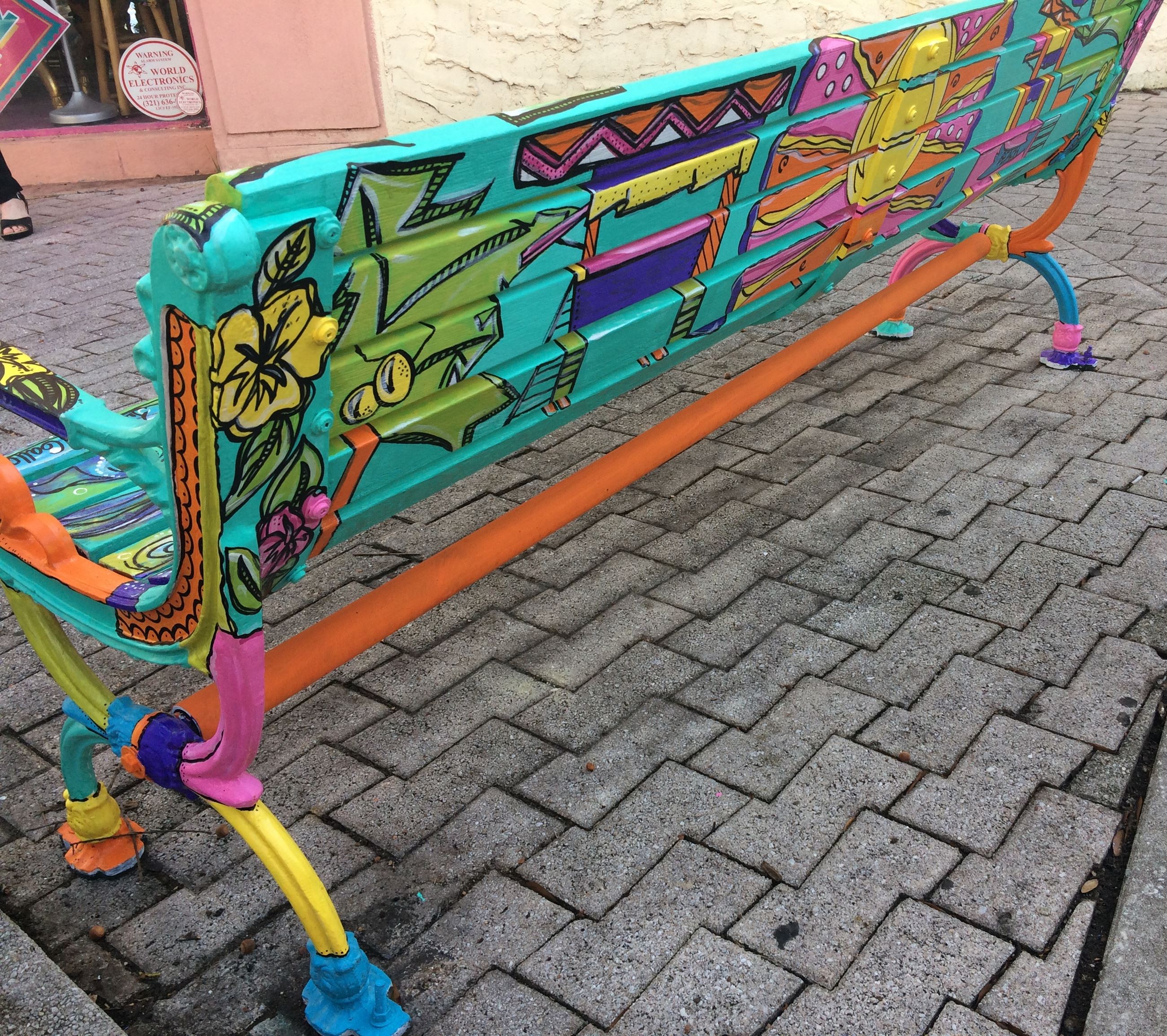 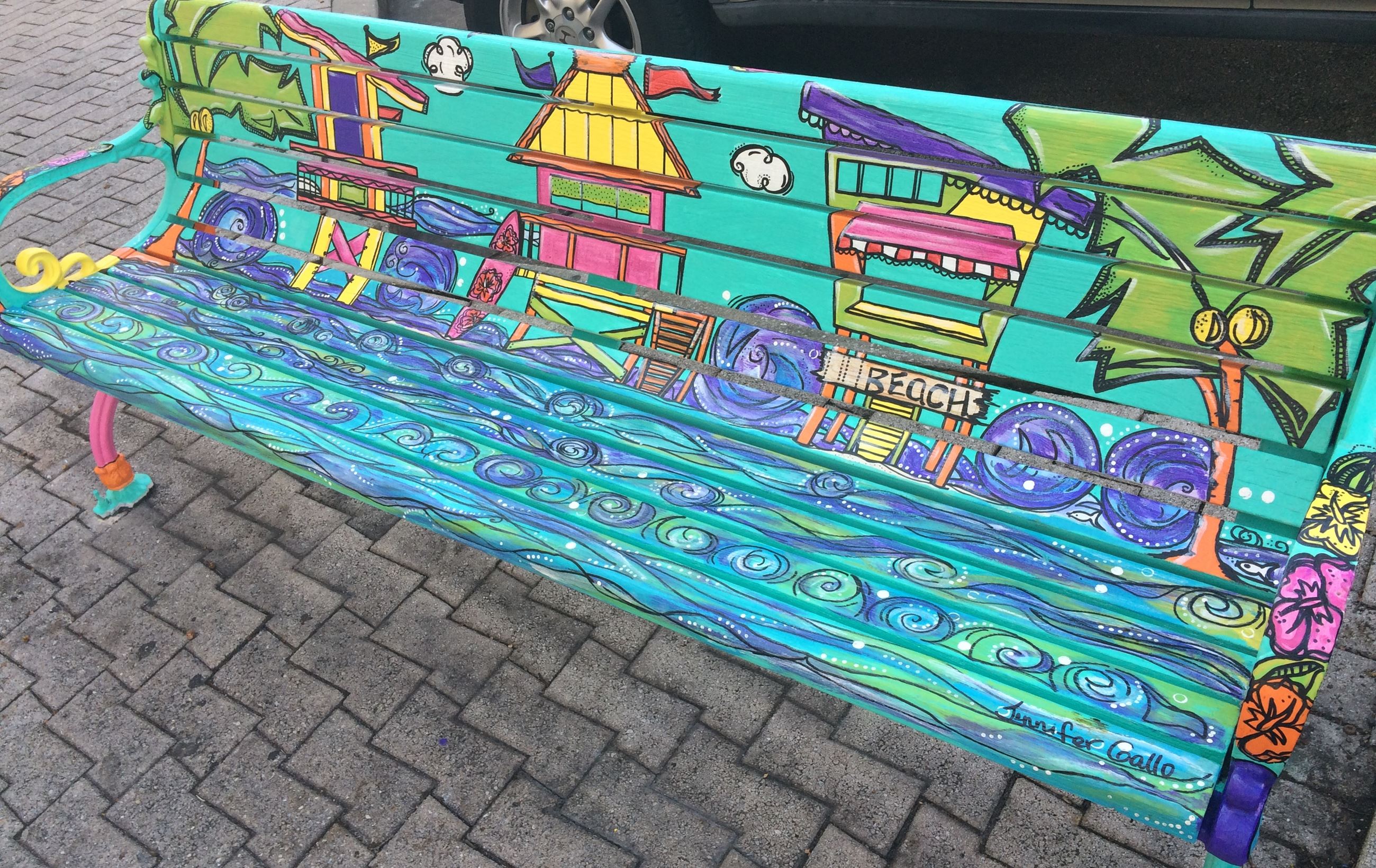 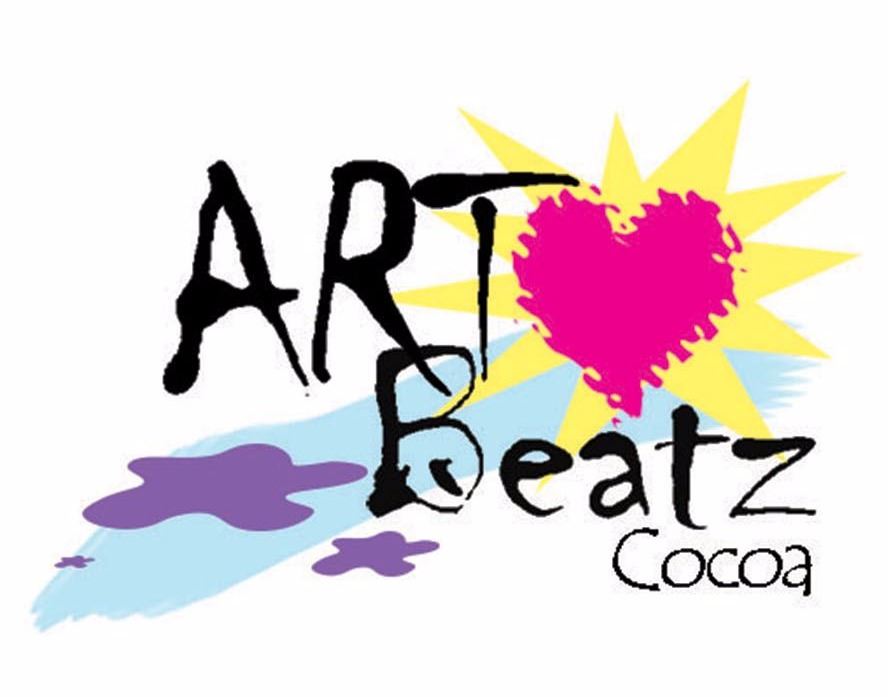 Report a Concern
Report Your Concerns